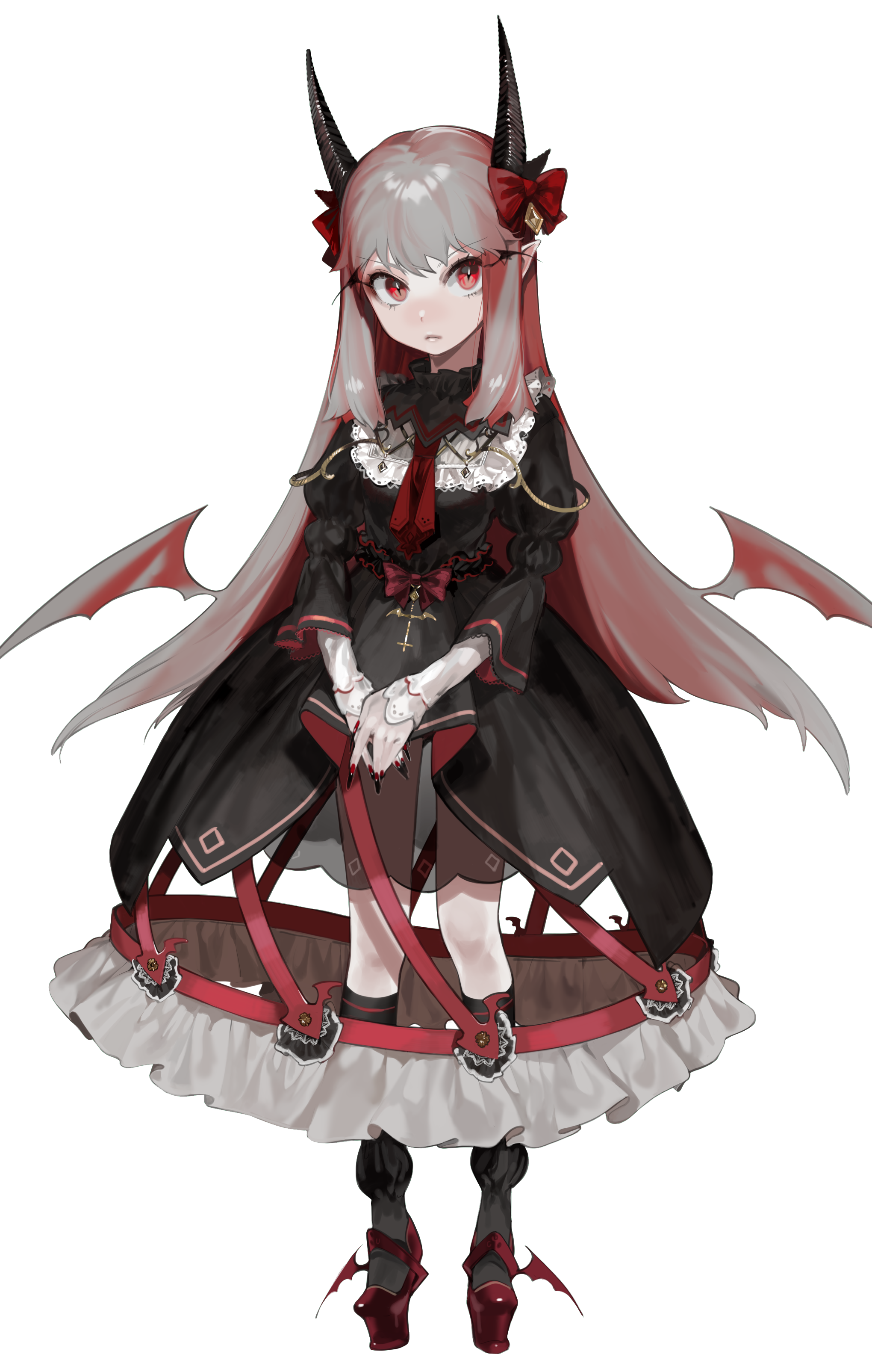 Born to a well-known paladin and cleric, everyone expected the little high-elf to live a life of peace and prosperity. However, just as with any family, some things are kept behind closed doors. At first, Nyx knew a life of childish mischief and happiness; as if nothing was abnormal.

However, soon she started to exhibit startling behaviour; Talking to seemingly nothing, sudden bursts of rage and attempted murder. Her parents did not know what to do, all they could do was lock her away.

She lived a life of solitude within her room. Amongst all the things they left in there for her to do, she fancied painting and playing her beloved violin. But, she couldn't shake the feeling of loneliness. She cherished the moments her parents came to visit her; although most of the time it consisted of what she considered torture; markings on her body, men in robes chanting; her feeling out of breath. She wanted it to stop, why are they doing this?

Then he appeared before her; large wings expanded from his back, his body was clothed in a ragged cloak and his eyes were flaming red. He had a frightful appearance, reminding her of something she read out of a scary book.

"I am Darkuuth. It is a pleasure to finally meet you face to face."

The ominous devil no longer seemed wicked - he was the only company she had. Darkuuth talked endlessly about various topics - religion, the arcane, idle conversation. For many years, she lived in that small chamber of hers. For many years, the demon tried to get more intimate with her; It was a less lonely life.

Then one fateful day, Nyx's parents met unusual women - they arranged an unusual solution to an exorcism. They entered her chambers with their faces covered in strange veils. From what Nyx could tell, her parents had told the ladies about Darkuuth - they knew of his story. The women started chanting as they strapped the naked girl into a chair; Neither Darkuuth or Nyx wanted this. The women carved peculiar inscribing onto Nyx's body as she cried in agony. It was beginning to be too much for the demon.

The cuffs snapped and Nyx's authority over her own body was taken from her. She does not remember much of that moment - flashes of shrieking, pools of red, and cries for help cloud her recollections. Only vividly can she remember her parents. "Stop!" She had screamed in terror as her parents cowered in a corner, "Stop I don't want to do this!"

He did not listen, "To separate us, my Lady Nyx, I will not let it happen again." Swiftly, he abolished the only family of the poor elf. Nyx realized what her friend was - he was a monster. Something like this should not be allowed to see the light of day; She mustered every strength in her being to lock him away inside herself.

To this day, Nyx has control once again, however he whispers to her from the shadows within, hoping that one day the wandering girl will once again let him out.

Darkuuth. He used to be rather talkative before. But, as time as gone on he's become quite strict with me. I don't know how to feel about it all, honestly. Although, he's killed my family, I feel conflicted. I know I need to find a way to rid of him, but... I'm not sure I want to completely part him. My friend... you told me we'd get married when I get older. You told me so much, but... It's all wrong. Why did you kill them? I just want be happy and normal.